WELCOME BACK TO THE FORENSIC LENSES SERIES

An investigative and exploratory approach into the minds of voracious readers everywhere. Strap your seat belt and let’s take a ride into the wonderful world of mystery… 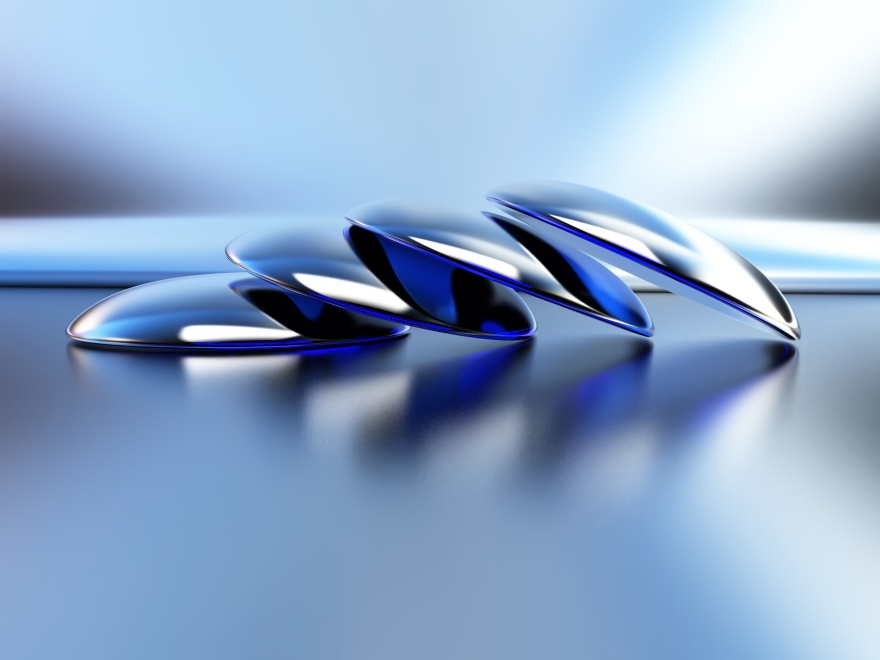 Let’s see through the eyes of yet another voracious reader… 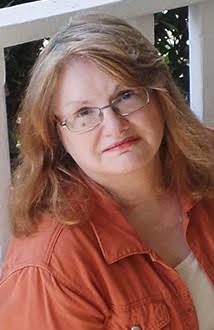 Ritter Ames is the USA Today Bestselling author of the Organized Mysteries series and Bodies of Art mysteries. She’s also a voracious reader and one of our participating authors in  this year’s Mystery Thriller Week. 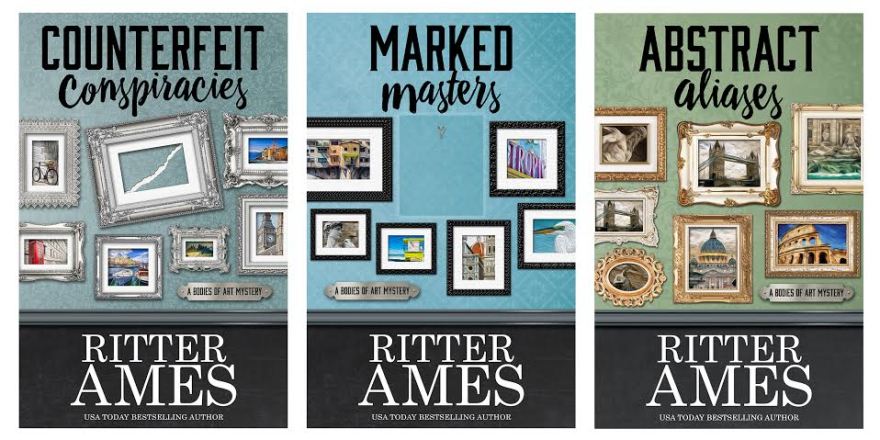 *Who influenced your reading habits the most as a child?

Oh, so many people. Probably the earliest was my grandmother, but once I started school I was fortunate to have wonderful teachers. And once I discovered the public library and that librarians LOVED to help kids find new books about things they liked, I couldn’t be stopped.

Thank the Lord for grandmothers! That’s wonderful you had so many helpful people early in life. I remember two particular teachers in elementary that encouraged me a lot. We never forget the ones who truly cared for us. 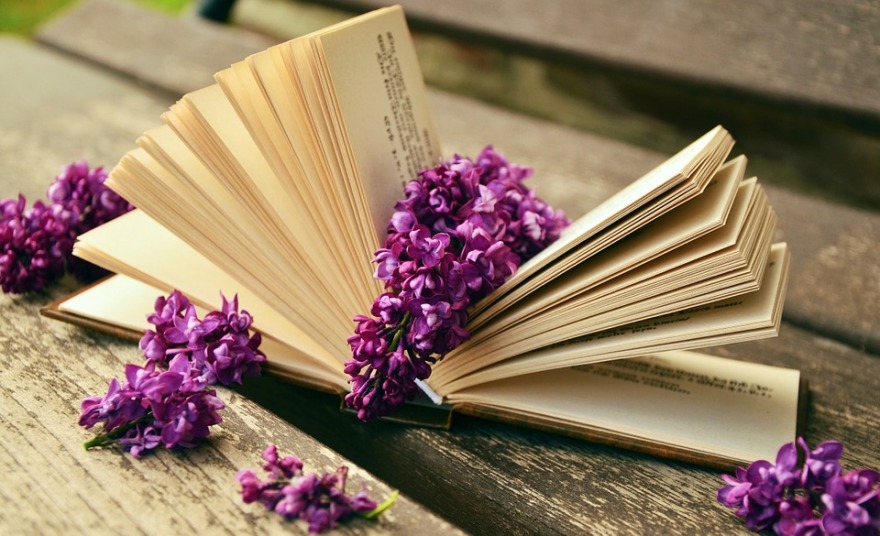 *Which were the first mysteries that drew you into the genre?

The first mystery I ever read was in third grade, and it was The Brownie Scout Mystery by Dorothy Sterling. I checked it out of my elementary school library and honestly only chose it because I was a Brownie at the time, so felt that connection. Then, for Christmas, my aunt (the daughter of the grandmother I mentioned in the earlier question) gave me my first Trixie Belden book. It was the fourth book in the series, and I was thrilled to realize there were so many more Trixie Belden books for me to read, since I think they were all written before I was born. That led on to Hardy Boys and Nancy Drew, and I read a few Robin Kane mysteries that my cousin had, but none of them compared to Trixie and Honey’s mysteries and adventures. Later, I moved on to Sherlock Holmes and Agatha Christie.

I love hearing about the mysteries that shaped a writer early in life.

A book is like a garden, carried in the pocket ~Chinese Proverb

*Name your top 5 favorite books and what affect they had on you.

1)    The Odessa File by Frederick Forsythe – I don’t want to spoil it for anyone who hasn’t read it, but I still have that amazed feeling whenever I think about the answer the bad guy received when he asked why the main character continued trying so hard to pursue him. I’d read the whole book up until then wondering why, myself, and the answer surprised me so much—especially when I realized the clue had been there all along, but I’d missed it.

2)    Dirk Gently’s Holistic Detective Agency by Douglas Adams – I purchased the hardcover edition of this book in 1987 because I was already an Adams fan due to the Hitchhiker’s Guide to the Galaxy series. So, I knew this wasn’t going to be your standard mystery. The absolute creative genius behind this book makes it not only my all-time favorite by this author (though the addition of Thor in the sequel The Long Dark Tea Time of the Soul makes that novel come a close second), but I’ve read and reread this book (and too short series) several times. I haven’t yet seen the BBC program featuring the novel, but it’s on my to-watch list when I get time for some British binging.

3)    Prince of Tides by Pat Conroy – This isn’t a mystery, but there were so many absolutely beautiful passages to fall into as I read the book. The first time I read it I probably took three times longer than usual to do so because I kept going back and rereading whole paragraphs and pages.

4)    Every Single Novel by Elizabeth Peters – Actually, I like a lot of her Barbara Michaels books, too, and I own several of her nonfiction books written under her real name of Barbara Mertz. But truly, I love everything penned as Elizabeth Peters and own every title she wrote under that name. Rather than list a novel, I’d have to say her Amelia Peabody Mystery Series would be my favorite because of the way she wove fascinating real facts within her historical mysteries, and had such standout characters throughout the titles. For almost the same reasons, I’d have to list the Vicky Bliss Mystery Series as a close second—with less books in the series it doesn’t have quite the depth of Peabody, but it does a great job of blending fact and mystery plot and characters. And, of course, there are the Jacqueline Kirby books, and the many wonderful standalones Peters wrote before all her series took off.

5)    The Harry Potter Series – I think every book in that series was wonderful, but together, seeing the complete series arc by the end, and all the pieces Rowling wove within the individual novels requires this whole series to be listed as one piece in my top five. But I’ve always been a series reader—as implied by my inclusion of all-things-Peters in the previous question—so this probably isn’t surprising.

I like these! Of course, I only recognize one of them, but I love to get book recommendations. There’s too  many good writers around to count. 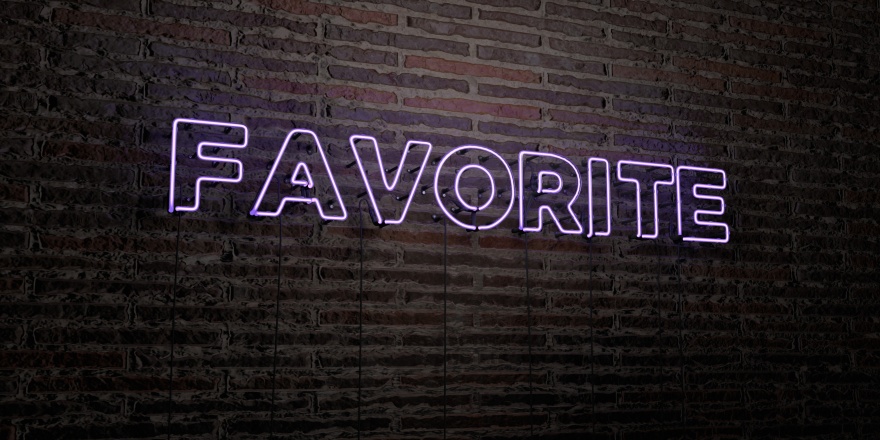 *Name your favorite classic sleuths and how are they different from one another?

I love Miss Marple and Columbo for the same reasons: they pay attention to so much more than just the visible clues and they want to solve the crime to truly give the victim justice—not for accolades or to improve their own position.

I also love to read Martha Grimes’s Inspector Richard Jury series, but primarily the ones where Melrose Plant is involved in the case with him—because I love Melrose. He’s kind of a contemporary Lord Peter Wimsey and I look forward to his arrival in the books each time and the way he impacts the case.

Equally, I especially enjoy unconventional sleuths. I often stay up late on weekends to watch the old Avengers shows with Diana Riggs as Mrs. Peel, to see what kind of off-beat crime she and Steed will solve—usually eminently quirky. And finally, I adore the new BBC Sherlock series with Benedict Cumberbatch and Martin Freeman because they so perfectly play off one another and show not only Sherlock’s brilliance, but how his almost sociopathic tendency to not consider others is offset by Watson’s tempering humanity—which all comes together to better solve the case and understand the outcome.

I’ve yet to see the Sherlock Holmes series with Cumberbatch, although it’s cued and ready to go. 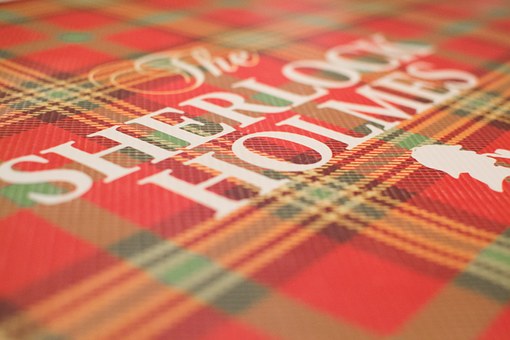 *How has reading affected your style of writing?

I think my writing has more often affected my reading style than the reverse. I’ve always been a voracious reader and read across all genres and literary and nonfiction standards. But while I used to be able to read through things that weren’t…shall we say…written as well as they could be, now that isn’t the case. I simply cannot read something filled with bad editing or—especially—are written with unbelievable plots, or if characters begin changing to suit a plot need rather than acting the way they always have. I just stop reading and move on to something else.

I find this very fascinating for some reason. The dynamic relationship between reading and writing is wonderful. I would say a voracious reader would develop a keen eye for the matters you mentioned above. Then developing the writing craft would only serve to sharpen those skills to a whole new level. 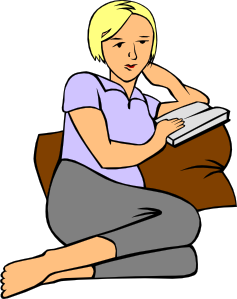 *If you could hire any fictional sleuth to solve a major crime who would it be? Who would be the sidekick?

I would love to see Columbo and Adrian Monk solve a crime together. I know that sounds mean because Columbo just standing next to Monk would probably give the OCD detective a mental breakdown, but to me it would be kind of an American Sherlock/Watson combo. I imagine Columbo would be the humanizing end of the team and Monk would be…well, Monk. But the crime solving could be the absolutely fastest on record with those two brilliant minds working on it at the same time.

AT THE SCENE OF THE CRIME

*Name 3-5 of your pet peeves as a reader

1)    Love triangles. Hate them. Just pick a guy or girl already and move on to the real story. Don’t let the “which guy will she choose” go on from book to book to book.

2)    Authors who don’t think readers are smart enough to figure things out and try to fill in every single dot or write mostly dialogue and skimp on narrative because it’s easier.

3)    Characters who change from the way they’ve been throughout the story to fit plot problems a writer stumbled into and couldn’t figure how else to get out of.

4)    Unnecessary sex, violence or language as a quick and cheap way to try to heighten the tension.

I always find this one interesting. Writers can learn so much by hearing these. 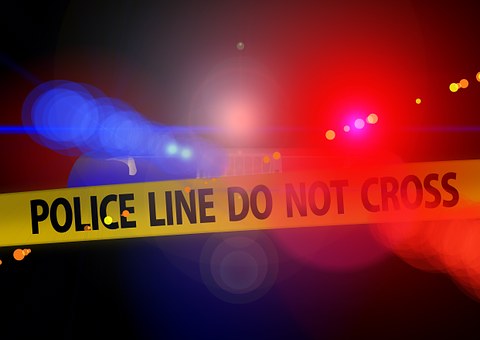 *How have mysteries changed over the years?

It feels like they’ve become more real to life through the years, but that may just be that I’ve gotten older and read things more contemporary to my life. I still love the old standbys like Christie and Dick Francis and Forsythe, but there are so many new authors like Michael Connelly and Lee Child who write fabulous, exciting mysteries that truly are 21stcentury. I think more than anything, we’re getting more blending of genres, so while we can find straight mysteries still, we also have great combinations we likely wouldn’t have had decades ago. The aforementioned Dirk Gently series, for example, or the fabulous Spellman Files series by Lisa Lutz, both of which use humor and contemporary insight as much as they do elements of mystery. Another offbeat cross-genre example is the Bryant and May series by Christopher Fowler, or anything by Jasper Fforde.

Wow, great examples here. I’m very interested in this topic for some reason. So intriguing! 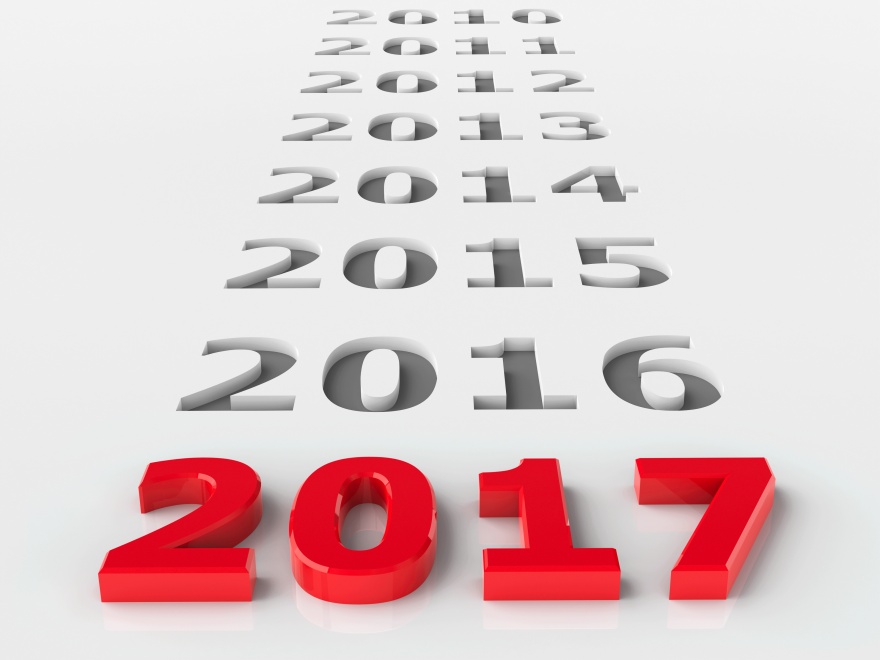 *What makes a great mystery?

It must give me something to figure out, and provide good characters I want to spend time with. I’ve read so many mysteries that I’m seldom halfway through a book before I’ve figured out whodunit, and that’s okay, as long as there are still surprises for me to discover as the character(s) still look for clues. I don’t want to know everything about everyone from the beginning, I want that to unfold just like the mystery, so if I solve the mystery halfway along, there’s still something to keep me reading.

That’s wonderful. There’s something so cerebral about solving a good puzzle, especially a ‘whodunit’.  When you weave in great characters, the book is well worth the read. 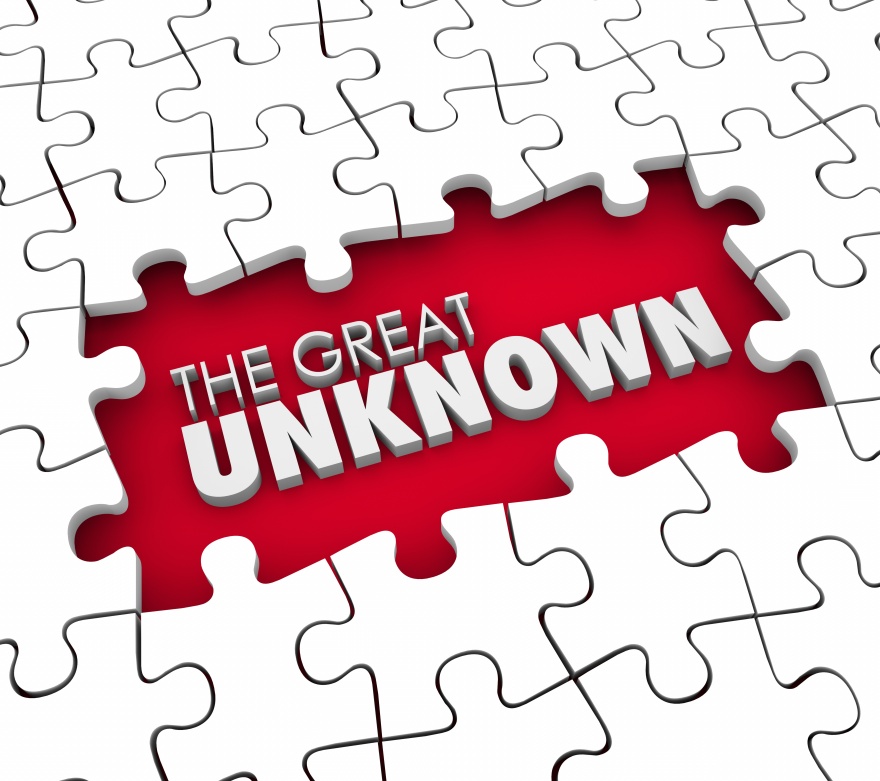 THANK YOU FOR STOPPING BY!! 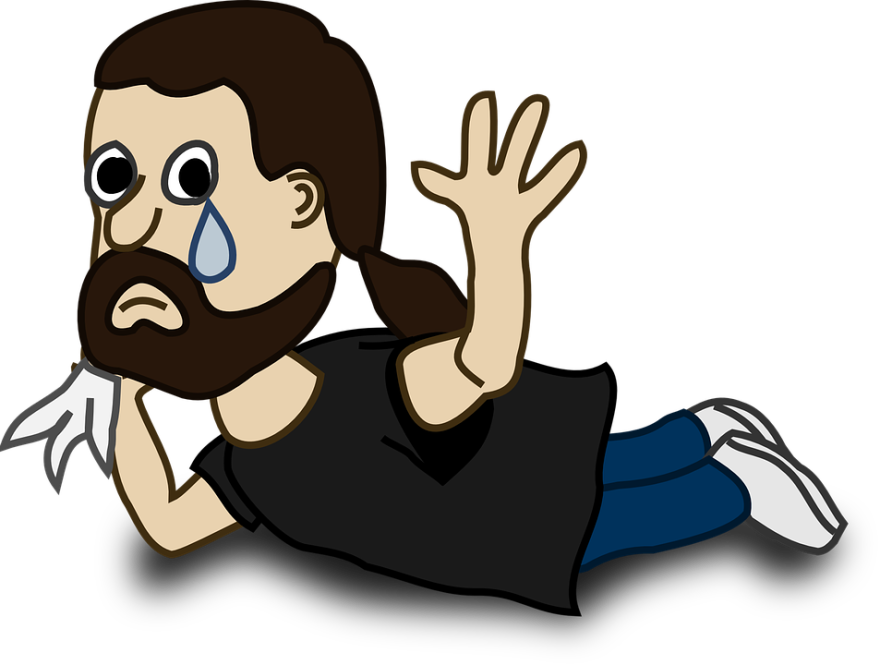 Come back and see us! 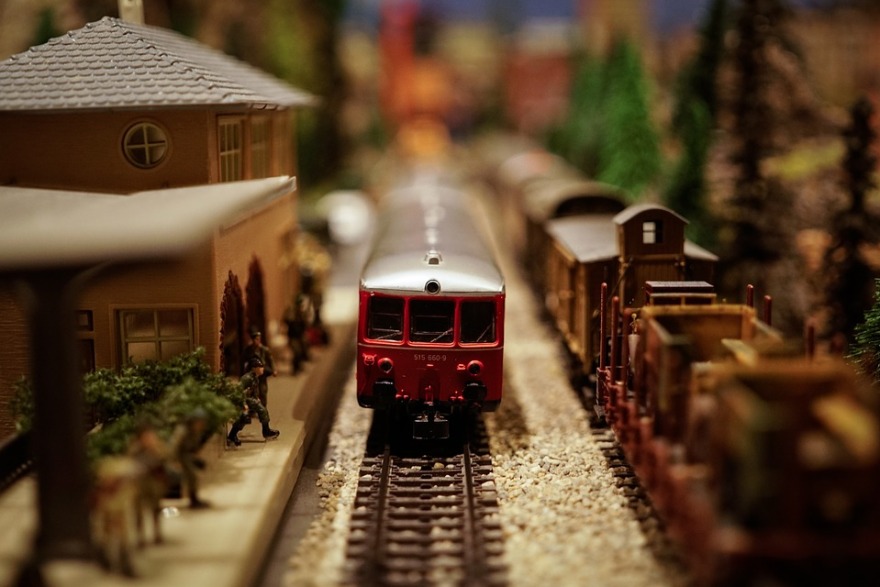 A Challenge for Book Hoarders Like Me at SallyAllenBooks.com

One thought on “Talking Mystery & History with Author Ritter Ames”